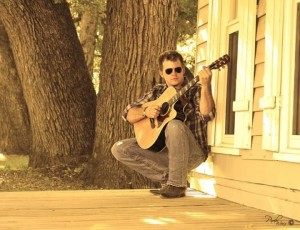 Growing up on the perpetual dusty plains of West Texas, Brandon Fulton’s exposure to the music scene came at the early age of three. He grew up the youngest of three children in a small Texas town full of deep family ties, hard work and hard times. Ballinger, Texas embodied the definition of small towns: raising kids on Friday night football, fishing, farming, and church on Sunday.
Brandon’s family owned the “local beer joint” just outside the city limits of Ballinger. While riding an old metal tricycle around the old wooden dance floor he was lulled by the likes of Waylon Jennings, Steve Earle and many more.
Brandon spent many summers on the back of a dirt bike or working at one of the family businesses. His close-knit family encouraged him in both sports and music. He first started with the trumpet in the school band for 6 years and honed his ear for a variety of music tastes during those times. Playing football and being in marching band gave Brandon one option when it was halftime. He would skip the halftime break to play the trumpet with the marching band. Being involved in everything school had to offer Brandon wanted more. It was during these years he picked up a guitar owned by a friend who was playing with local bands around the area. Football led Brandon college in Abilene, TX and then on to Lubbock, TX. As his music interest moved to the forefront Brandon followed it to MTSU in Murfreesboro, TN. There he received a degree in Music Business. He then put his degree to work for a few years in Nashville. Family ties eventually brought Brandon back to the Lone Star State. 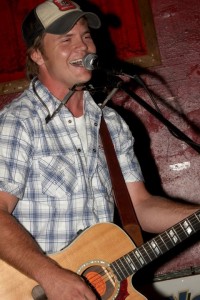 Running in to a childhood friend put the guitar back in Brandon’s hand and thus began a new chapter in his love of music- songwriting.

He was lucky enough to have made some great friends along the way in the music business that encouraged his songwriting and helped guide his written words from paper to the deep honky tonkin’ rhythm of this West Texas working boy’s foot stomping beat that makes you want to sing along with a beer in your hand and a girl on your arm.

Today Brandon has a catalog of songs he’s written and co-written with friends from Texas to Tennessee.